Scroll to Discover
back to top

***Free shipping in Switzerland and same day delivery in Lausanne***

Balkia is a plum-based Rakija (Slivovitz) from Serbia. The latter is aged for 3 years in oak barrels and has an alcohol content of 43%.
Balkia’s taste is bittersweet, perfectly balanced by the sugar and acidity of the plums. It’s golden color comes from the oak barrels in which Balkia develops its character.
Buy Balkia now!

Balkia is a plum-based Rakija (Slivovitz) from Serbia. The latter is aged for 3 years in oak barrels and has an alcohol content of 43%.

Vladan Novakovic, our producer, is based in southwest Serbia. He selects for us the best fruits and transforms them thanks to a particular know-how, inherited from his family. They control this craft 4 generations long. This allows to obtain a rakija of a high quality, ready to be imported in Switzerland and Europe. It is true that rakija can be distilled from a multitude of fruits, but it is undeniably the plum that we find most traditionally and whose know-how is the most mastered.

This mastery gives Balkia bittersweet aromas, perfectly balanced by the sugar and acidity of the plums. Its golden color comes from the oak barrels in which Balkia develops its character. Vladan Novakovic’s product knowledge and production techniques are essential for us to offer the European market a rakija of excellent quality.

A tradition of over 500 years

Writings from the 15th century tell us that the origins of rakija originate in the Balkans.

Some historians claim that the plum was imported into the Balkans by the Austro-Hungarian empire, others say that it was the Ottoman empire that created it.

The first censuses, in Serbia dating from 1862, reveal that each house had on average between 10 and 15 plum trees intended for the production of rakija. Through the generations, the experience, knowledge of this fruit and its distillation allow to obtain a quality of plum spirits unequaled in the world.

We hope you had a great weekend, and even better s

Relax and enjoy during the summer days, sip a shot

Hi friends, how is your weekend so far ? Credit 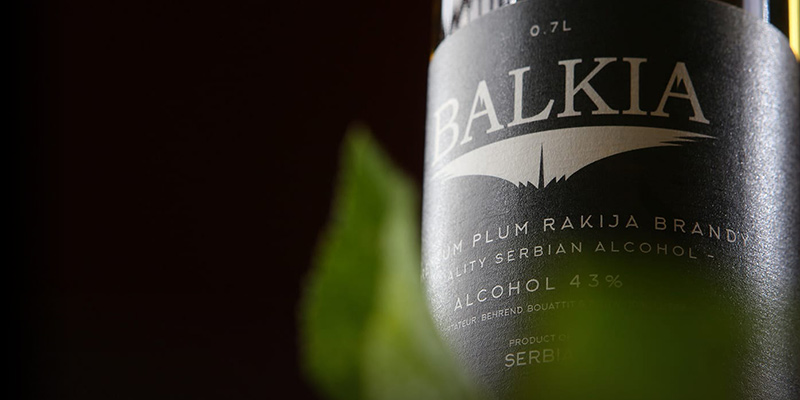 Découvrez the legendary Balkan's spirits and our clothes collection.

We use cookies to ensure that we give you the best experience on our website. If you continue to use this site we will assume that you accept it.
Please enjoy Balkia responsibly.
OK